Sungkyunkwan University's Seoul Campus is in an excellent location, poised next to a student-centered district and the historic cultural hub of Seoul. 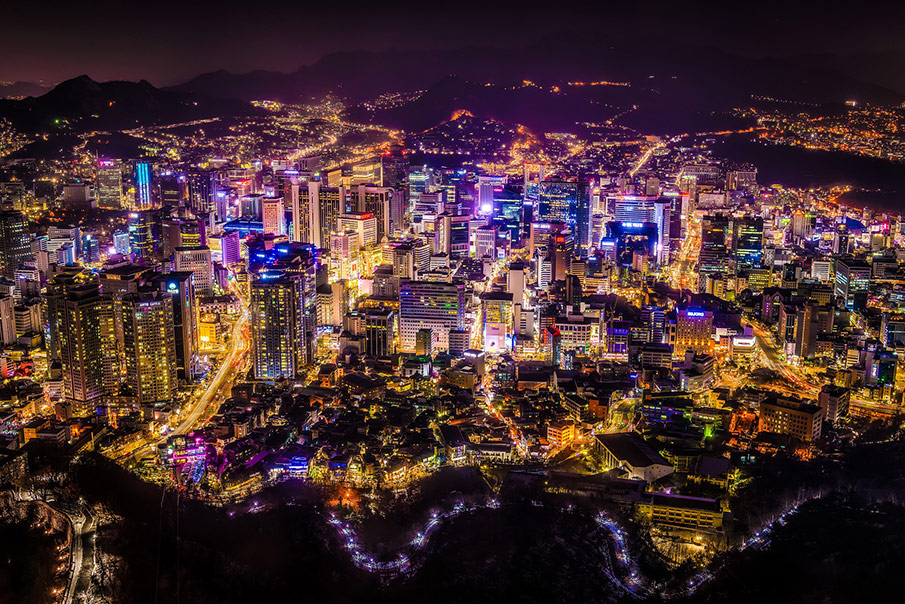 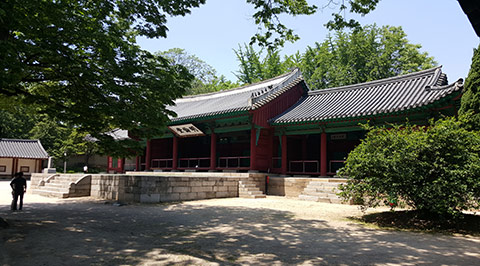 Old Sungkyunkwan, which was founded in the Joseon Dynasty in 1398, is the original campus located at the front gate of present-day Sungkyunkwan University. Students studied and lived at the original campus for hundreds of years. It had all of the facilities of a modern university including a dormitory, cafeteria, lecture hall, and library,as well as a Confucian shrine.
(Subway Line #4 Hyehwa Station. exit 4) 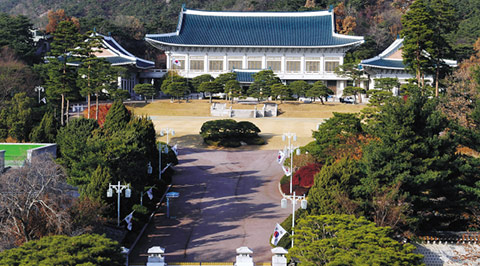 Known as the Blue House or Cheong Wa Dae, this is the official residence of the President of the Republic of Korea. Tours are available if booked in advance.
(Subway Line #3 Gyeongbokgung Station) 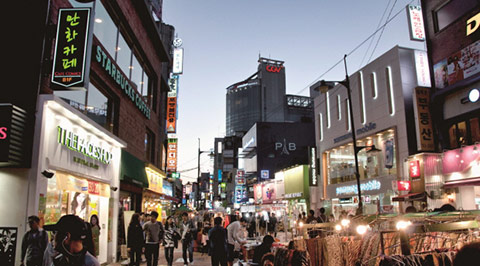 Daehangno is a commercial and theater district in Seoul. On weekends it is a nightlife hotspot for university students.
(Subway Line #4 Hyehwa Station) 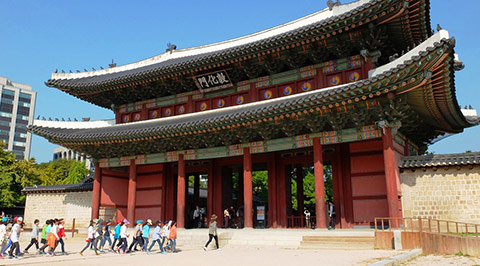 Built in the Joseon Dynasty (1392-1910), Changdeok Palace was constructed for King Taejong. The palace was recognized as a UNESCO World Heritage Site in 1997. It has unique beauty that compliments the natural landscape.
(Subway Line #3 Anguk Station. exit 3) 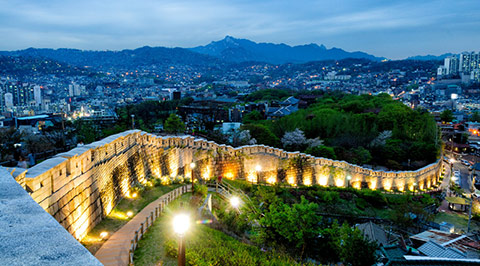 The Seoul City Wall was built in 1396 at the dawn of the Joseon Dynasty and was meant to fortify the city including its palaces and residents. Parts of it still remain throughout the city, which are Korea's National Treasures.
(Subway Line #4 Hyehwa Station) 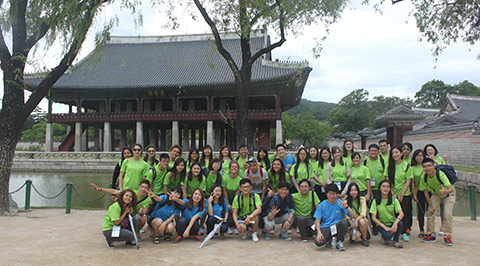 It was 1395, three years after the Joseon Dynasty was founded by King Taejo, when the construction of this palace was required after Seoul became the new capital of ancient Korea. It is the grandest of Korea’s five grand palaces.
(Subway Line #3 Gyeongbokgung Station. exit 5) 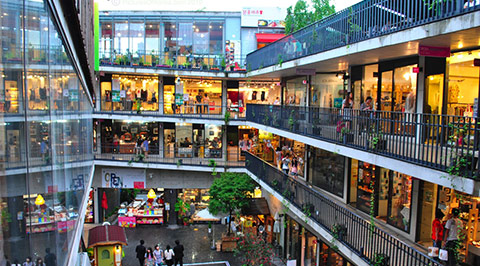 Insa-dong is a trendy arts district, so if you are an art lover or want to enjoy the ambiance of a traditional tea shop, this is the place to visit.
(Subway Line #3 Anguk Station. exit 6) 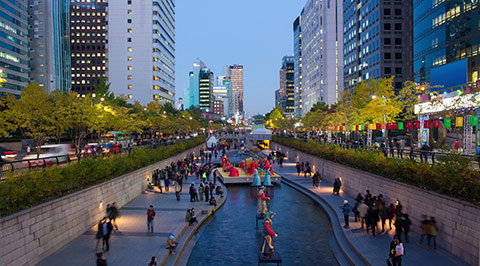 This famed stream which flows through downtown Seoul is an ancient body of water that stretches from Gwanghwamun downtown through Dongdaemun Market and beyond.
(Subway Lines #1 & #2 Seoul City Hall Station. exit 4)